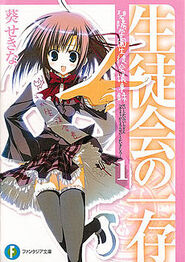 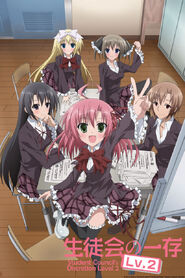 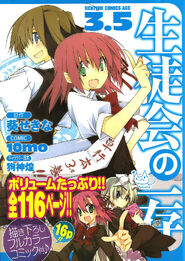 Seitokai no Ichizon (生徒会の一存), or The Student Council's Discretion, is the name of a collection of Japanese light novels, a manga series, and an anime television series. The light novels (by Aoi Sekina with illustrations by Kira Inugami) told the original story, and everything since has been adapted from them.

However, there is a male student named Ken Sugisaki who desperately wants to "get to know" the popular girls of the student council. By taking advantage of a loophole that specifies that the student who tops the school in the year-end examinations may choose to join the student council, Ken crams for the test and becomes a member.

Retrieved from "https://seitokai-no-ichizon.fandom.com/wiki/Seitokai_no_Ichizon?oldid=5023"
Community content is available under CC-BY-SA unless otherwise noted.